Back to top
Speaker
Read More » 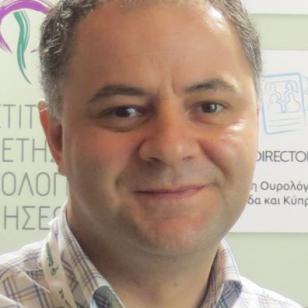 Dimitris Kalyvianakis graduated from the Medical School of the University of Crete. He commenced his Residency Training at the General Hospital of Venizelio-Pananio in Heraklion and completed it at the Urology Department of the University Hospital of Heraklion. In 2007, he received his Specialty Degree and the title of Fellow of the European Board of Urology after passing international exams. He worked for one year as an Assistant Registrar at the Urology Department of Venizelos-Pananio General Hospital of Heraklion. He is a Member of the Hellenic Urological Association, European Association of Urology and European Society for Sexual Medicine (ESSM). In 2009, he received a Scholarship from the Center for Sexual and Reproductive Health (KE.SAY) of the Unit of Studies of Urological Diseases (USUD). Since June 2009, he has been working as a Fellow at the 2nd Urology Department of the Aristotle University of Thessaloniki (AUTh), specializing in Andrology. In 2012, he received the title of Fellow of the European Committee of Sexual Medicine (FECSM) after passing written exams (05/12/12).
Since 2014, he has been an Academic Fellow at the 1st Urology Department of AUTh and the G. Gennimatas General Hospital.
He has participated in 7 international multi-centre studies. He has given 28 oral presentations in Greek Conferences, 4 oral presentations and 2 speeches in International Conferences. He has written 1 full foreign-language article and 4 abstracts published in international journals, as well as 2 articles in Greek journals. He has authored 1 book chapter and participated in the translation of 2 medical books.